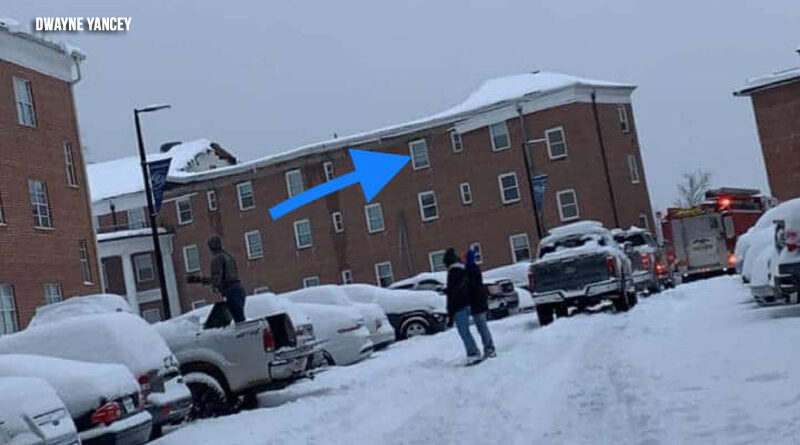 The roof of a residence hall at Brevard College in Western North Carolina partially collapsed as heavy snowfall battered the region. Fifty students were in the building at the time, but all appeared to escape injury. Students have been moved to temporary accommodations while building assessments are underway.

“Vey scary,” said sophomore Melody Ferguson, “I’m still shaking to this moment.” Ferguson saw the roof collapse as she was walking by and told WLOS that friends who were across campus thought the sound of the roof collapsing was a car crash.