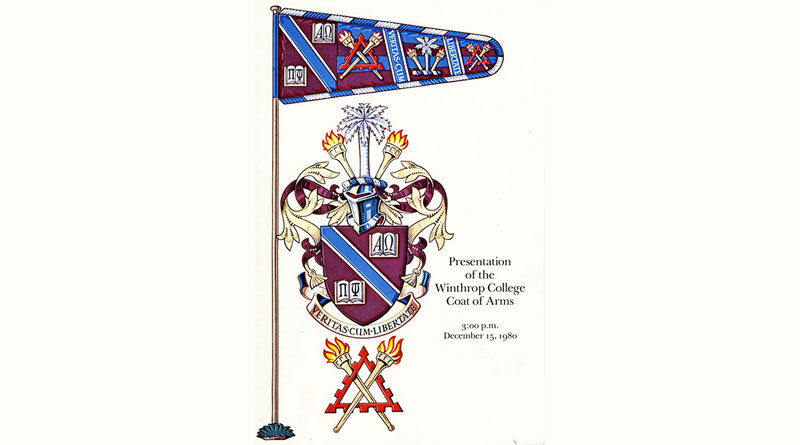 It took six years to gain approval from the Queen of Great Britain before Winthrop officially adopted the coat of arms in 1980. At the time there were only five other U.S. institutions with a coat of arms. Many were shocked that Winthrop, with less than 5,000 students in 1980, was granted the prestigious symbol. Today, fewer than 10 universities have an official coat of arms, many of which are Ivy League universities.