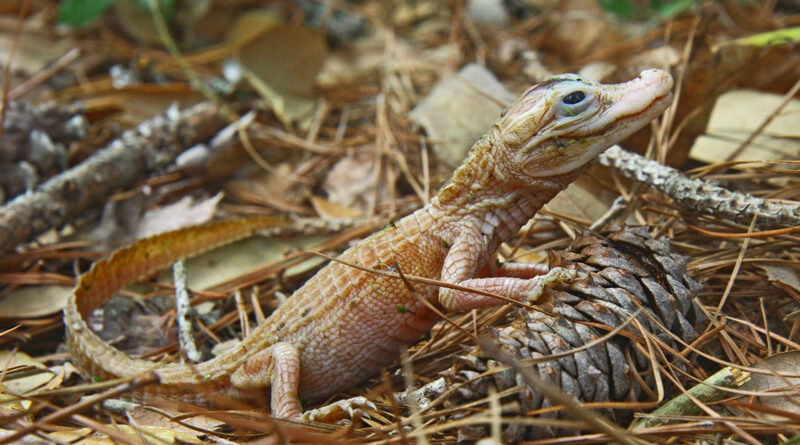 An article published in the journal “Southeastern Naturalist” by a Clemson University research scientist and others details the extraordinary finding of six leucistic American alligator hatchlings in Lowcountry South Carolina in 2014, believed to be the most detailed account of such a discovery to date.

Leucism — which manifests in wildlife as white skin and dark eyes — is a rare color disorder occurring in a range of invertebrates and vertebrates, and as a result, few reports exist of leucistic individuals in the wild.

Thomas Rainwater, who is based at Clemson University’s Baruch Institute of Coastal Ecology and Forest Science and the Tom Yawkey Wildlife Center in Georgetown, S.C., called leucistic alligators “oddball animals” that are virtually never seen as adults because, in addition to their rarity, the condition also causes health and survival issues.