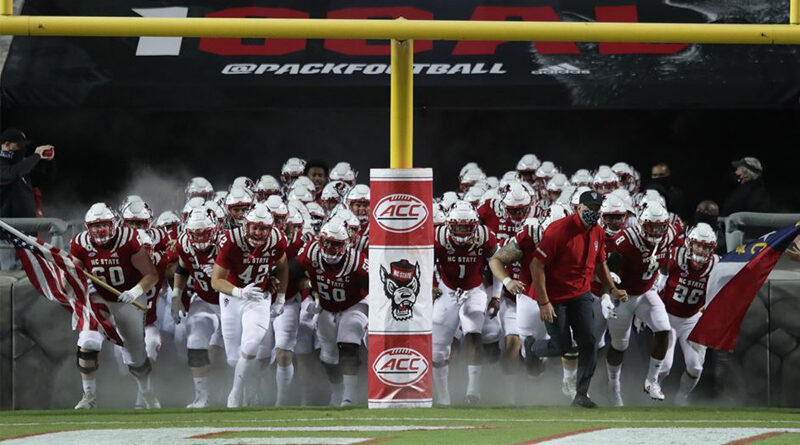 RALEIGH, N.C. – Down 30-21 late in the fourth quarter, QB Devin Leary found WR Emeka Emezie for two TD passes (64 and 24 yards) in the final 1:35 to complete the comeback over North Carolina, 34-30. The Wolfpack (9-3, 6-2 ACC) completes the season undefeated at Carter-Finley Stadium – winning 10 straight dating back to last season. This marks the first season NC State has gone undefeated at Carter-Finley Stadium for the first time since 1986.

UN Charlotte Fights Back Then Falls To Old Dominion 56-34

COLUMBIA, S.C. – Clemson used a complete performance in closing out the 2021 regular season with a 30-0 win on the road against in-state rival South Carolina, the Tigers’ seventh consecutive win in the series. The Tigers shut out the Gamecocks (6-6) for the first time since 1989 and finished the regular season with a 9-3 record.

BOONE, NC — A dominant defensive effort kept the Georgia Southern offense in check, and super seniors accounted for all of the Mountaineers’ scores in a 27-3 victory against the Eagles on Saturday. Winner of the Sun Belt’s East Division, App State (10-2, 7-1) will play at Louisiana next Saturday in the conference championship game on ESPN.

GREENVILLE, N.C. — The Cincinnati Bearcats overcame three turnovers with a stout defense, a big-play offense and a game-changing play on special teams to defeat the Pirates 35-13 in the regular-season finale played before a nationally-televised audience and a chilled home crowd of a 38,014.

MOBILE, AL. – Coastal Carolina overcame a 10-point halftime deficit and scored on its very first play of the overtime period to defeat the South Alabama Jaguars 27-21 in overtime on Friday night in Mobile, Ala. The Chanticleers totaled 491 yards of offense, including a season-high 315 rushing yards on the ground, while the defense held the Jaguars to just 349 yards of offense including holding the home team to -5 rushing yards for the game.