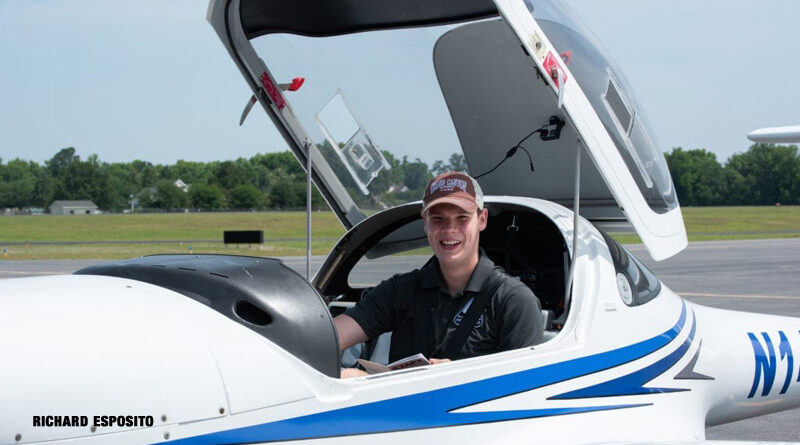 Harrison Hunt made history a few days ago, making his mark as Charleston Southern University’s first aeronautics student to take a solo flight.

The flight—in a Diamond DA-20 aircraft—was next level for Hunt in what he recounted as a liberating experience. “I was a bit anxious at first because I knew I would be by myself with no instructor as a safety net. But the feeling of accomplishment and knowing that I had taken a massive step in the direction of becoming a pilot far overshadowed that.”

With dreams of being a pilot for as long as he could remember, the CSU sophomore changed his major to aeronautics from engineering during freshman year. “I initially planned to be an engineering major to pay for flight school and later become a pilot, but when CSU announced the aeronautics program, I knew I couldn’t let this chance slip through my fingers.”