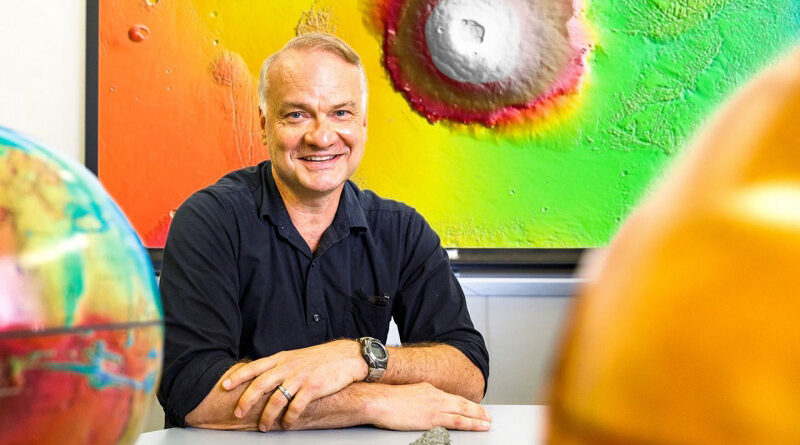 As part of a three-year, nearly $400,000 NASA funded study, John Chadwick, a geologist at the College of Charleston, along with researchers from California and Texas, will examine the evolution of the four largest volcanoes on Mars and determine their eruptive history and the impact they had on the Mars environment. And these aren’t average-sized volcanoes, he says, they’re supersized. “If they were on Earth, each of the volcanoes would cover all of the state of South Carolina, along with half of Georgia and North Carolina,” says Chadwick.