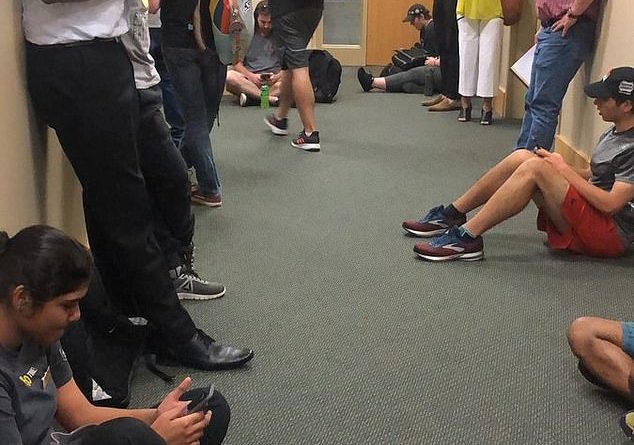 While Trystan Terrell emptied his handgun in a Kennedy Building classroom—killing two people and injuring four others—students, professors and campus staff ran for their lives. Desperately seeking refuge behind locked doors and darkened rooms in spaces where they hoped to find safety from the gunman.

According to student Nick Brooks, as reported by Alexandria Sands of the Niner Times,“It was like, ‘pop, pop, pop,’ and that’s when we all started to lay on the ground,” he said. “You could feel the vibration. I don’t know if it was just, like, nerves. You could just feel it in your chest.”

Someone came running and yelling about an active shooter and Nick ran away from the Kennedy Building— “I’ve never run that fast in my life,” he said.

The victims were Riley Howell, 21, and Ellis Parlier, 19.