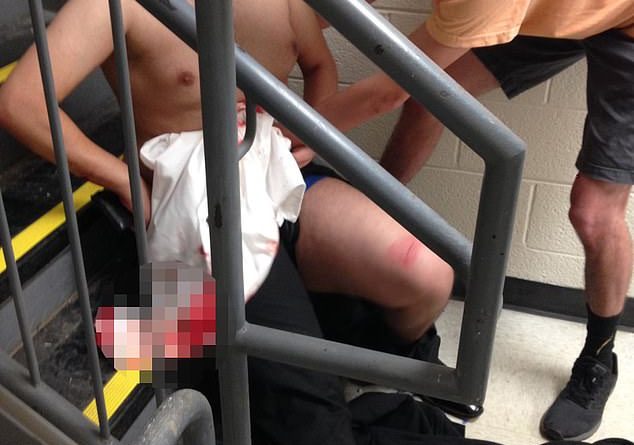 Trystan Terrell, 22, was arrested  at the University of North Carolina in Charlotte after running out of ammunition in a classroom where he had opened fire.

He killed two people and injured four but his motive for the shooting spree is unclear.

The victims were named on Wednesday morning as Riley Howell, 21, and Ellis Parlier, 19.