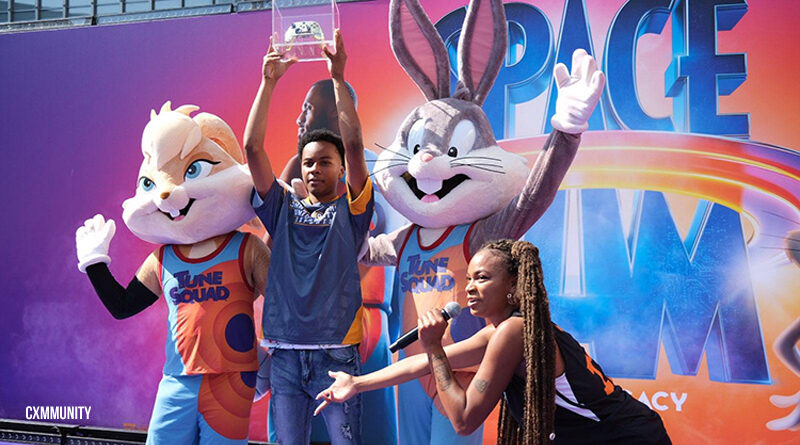 JCSU student Ihzayah Marcellus ’24 won the HBCU Sports Showdown tournament featuring Space Jam: A New Legacy The Game. He was one of eight students from HBCUs across the country selected for the competition. After earning a spot in the finals, he traveled to Los Angeles to compete in the championship during a Space Jam fan experience event in the Xbox Plaza at L.A. Live. In front of a crowd of fans, Marcellus came out victorious earning the trophy, a new Xbox console and other prizes from Xbox and Cxmmuntiy. Marcellus also attended the red carpet world premiere of Space Jam: A New Legacy.