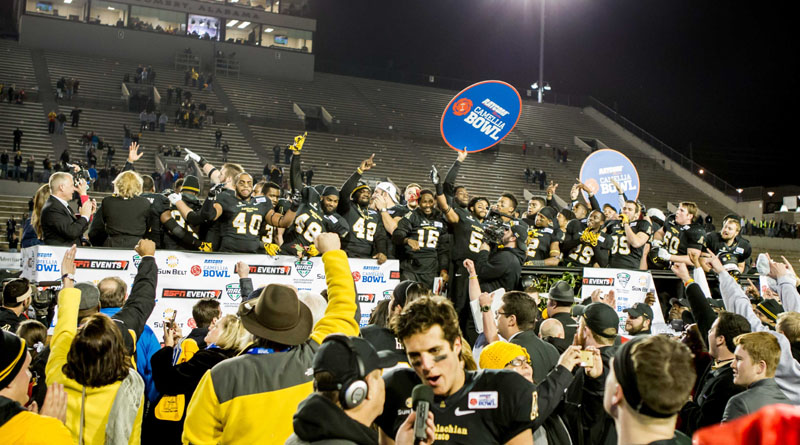 Both bodies of the North Carolina General Assembly honored Appalachian State University football for its historic 2015 football season on Tuesday in Raleigh.

Senator Deanna Ballard and Representative Jonathan Jordan submitted a statement congratulating the Mountaineers for their 11-2 campaign in 2015, which was capped by a last-second 31-29 victory over Ohio in the Raycom Media Camellia Bowl. Ballard and Jordan read the statement on the floor of both the Senate and the House of Representatives.

The statement not only congratulated Appalachian State for owning the best record of any NCAA Division I FBS program in North Carolina last season but also lauded the program’s success in the classroom, headlined by linebacker Cody McKinney earning one of the Sun Belt Conference’s two most prestigious individual academic honors as the 2015-16 Sun Belt Male Postgraduate Scholar-Athlete of the Year.