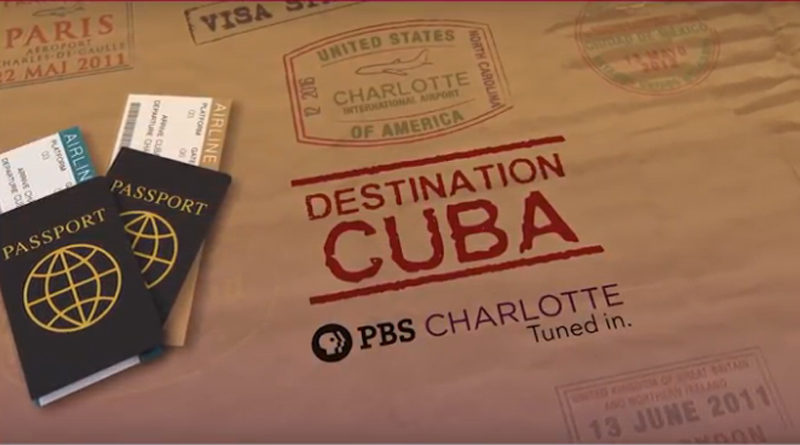 PBS Charlotte won first place honors in the Television/Feature Reporting category for its special report, “Carolina Impact: Destination Cuba,” and second place for its documentary “Vietnam in the Carolinas.”

Produced by PBS Charlotte reporter Jeff Sonier, videographer/producer Doug Stacker and host Amy Burkett, “Carolina Impact: Destination Cuba” takes viewers on board Charlotte’s first flight to Cuba, going beyond the travel brochures to show the stories of Carolinians who risked everything to escape Fidel Castro and his communist rule.

In “Vietnam in the Carolinas,” Sonier and Stacker highlight the stories of local people whose lives were impacted by the Vietnam War. During the documentary, viewers hear from a veteran wounded during a grenade attack, the founder of a Vietnam anti-war group, retired journalist Haney Howell who reported from the battlefields of Vietnam and others.

“I am extremely proud of our production team and the recognition we’ve received from the Society of Professional Journalists,” said Amy Burkett, station manager for PBS Charlotte. “These awards demonstrate our station’s commitment to bringing educational programs and ground-breaking documentaries into viewers’ homes that explore the many issues that impact the heart of our region.”

PBS Charlotte is a service of Central Piedmont Community College