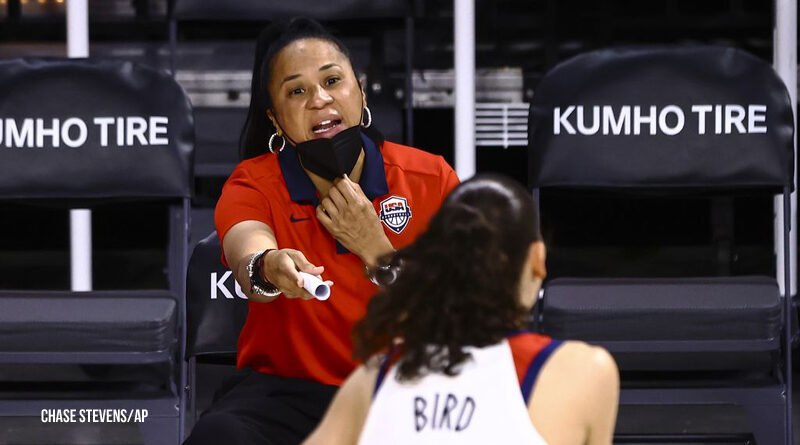 America’s Olympic Women’s Basketball team, led by University of South Carolina Women’s basketball coach, Dawn Staley, beat Australia for its 53rd straight win on its way to a Team USA record 7th Olympic gold medal. The team played classic Dawn Staley basketball. Smothering defense from the paint to the outside white line that shut down Australia’s plan to get double digit threes. Adjustments made in the second half took the turnover margin down to zero. USA rattled AUS early with a 17 point run that left the Aussies with no answer. Breanna Stewart was on fire on both ends of the court—and every space in-between.

Team USA moves to a semifinal match with Serbia.