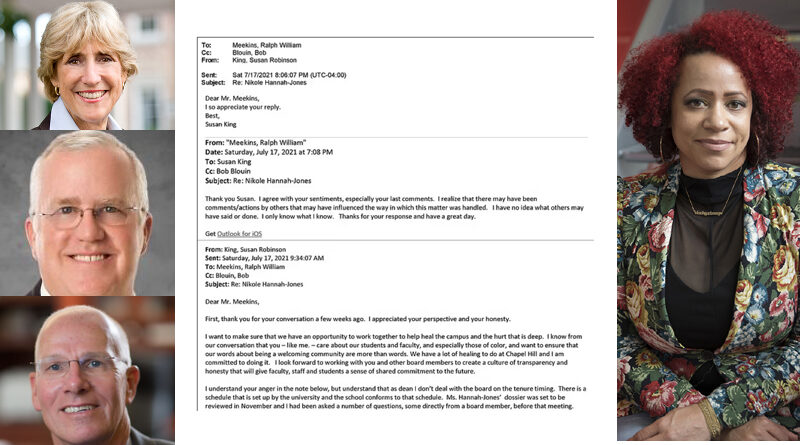 The emails detail a cluster of missteps and blaming blunders between the UNC Board of Trustees and, principally, Susan King, Dean of Journalism—the university representative who extended Hannah-Jones an untenured offer, which Hannah-Jones accepted with a signature, before rejecting the offer, and dismissing another offer a few months later that included tenure status.

Emails reflect the unease and reservations from Board members who expressed concern about any association between the University of North Carolina and the 1619 Project if Hannah-Jones were hired. And her support of reparations was particularly troubling.

During the sticky part of the public relations nightmare, when UNC super donor Walter Hussman was campaigning against Hannah-Jones, some officials sought to get help from Oprah Winfrey.