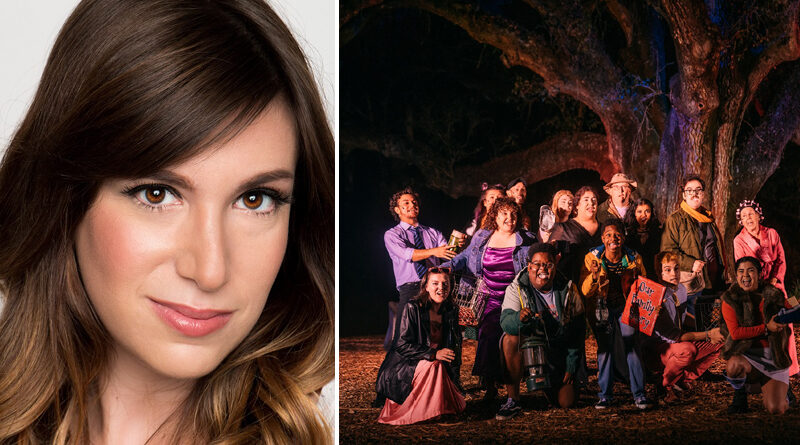 Charlotte Assistant Professor of Directing Laura Waringer has returned to campus after a “reassignment of duties” last semester allowed her to finally bring her pandemic-delayed production of Into the Woods to fruition in November. Presented by Waringer’s company, Wanderlust, which puts musicals “on location” in site-specific, immersive productions, Into the Woods took place in a multi-acre private nature conservancy in Tallahassee, Florida.

“By removing the barriers of the physical stage, our production dropped the audience right into the middle of the action, creating a 360-degree theatrical experience that brings Into the Woods quite literally into the woods,” Waringer said. (Read a review of the show in Broadway World.)

Now Waringer is bringing her expertise in site-specific, immersive theatre to campus. This semester, she and Robinson Distinguished Professor of Shakespeare Studies Andrew Hartley are co-teaching a course in site-specific Shakespeare. The class will culminate in a performance of As You Like It, “which will utilize our own Van Landingham gardens on campus as our Forest of Arden,” she said. Those performances will take place April 28-30.