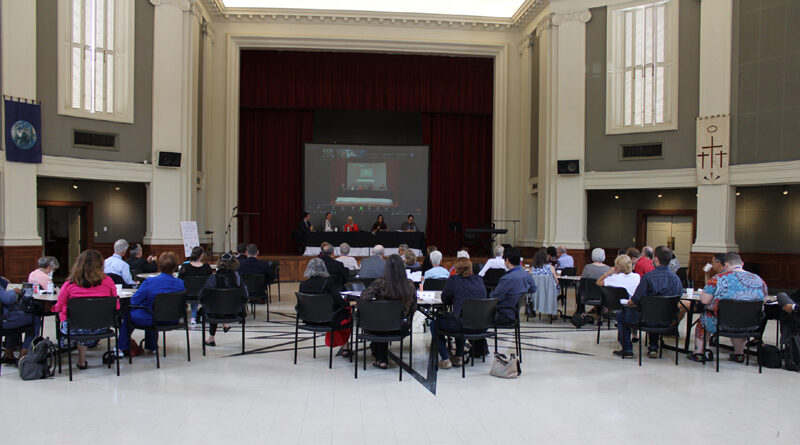 On September 11th, the Stan Greenspon Holocaust and Social Justice Education Center at Queens University of Charlotte partnered with Myers Park Baptist Church to host a unique, interfaith gathering of theologians, academics and students from around the country.

The group convened to discuss the 1965 groundbreaking document titled Nostra Aetate and its applicability to our world today. The panel included national leaders in the Jewish, Catholic, Muslim, and Protestant faith traditions including a discussion led by Edgar M. Bronfman and Dr. Peter Ochs.

“The transformative power of interfaith work starts with relationships – from developing the vision behind Nostra Aetate to today,” said Rabbi Judy Schindler, Sklut professor of Jewish Studies and director of the Stan Greenspon Holocaust and Social Justice Education Center.

Adrian Bird, Ph.D., Interim Chaplain at Queens, noted that this interfaith collaboration was “an actualization of the vision of both Nostra Aetate and the Presbyterian and Pluralist Statement written by Queens several years ago.”

“This conference modeled what it means to reach across differences, engage in civic dialogue, and listen to one another with an open mind,” said Hadia Mubarak, Ph.D., assistant professor in the philosophy and religion department.