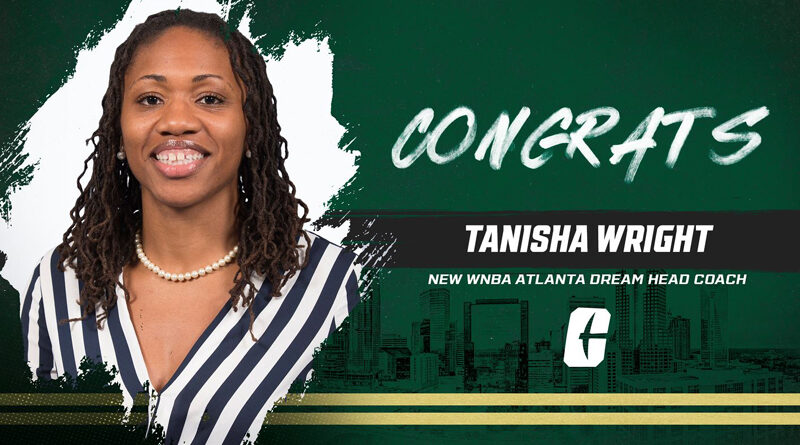 Former Charlotte women’s basketball assistant coach and 14-year veteran of the WNBA Tanisha Wright has been named Head Coach of the Atlanta Dream on Tuesday morning. Wright, who spent four seasons with the Niners from 2017-2021, spent the summer of 2020 with the Las Vegas Aces as an assistant coach, under the direction of Bill Laimbeer, helping the franchise to the regular-season championship and runner-up finish in the Finals.