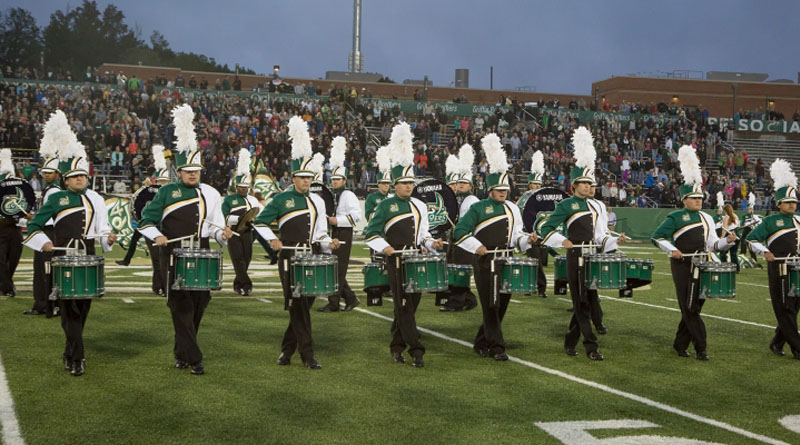 The UNC Charlotte “Pride of Niner Nation” Marching Band has been selected as the official band to represent the United States in Normandy, France, in June 2018.  The performance will mark the 74th anniversary of D-Day.  Each year, one band is chosen to represent the U.S. at the D-Day commemoration. The honor was historically reserved for official military bands, but in recent years has been assigned to university marching bands of distinction.

The “Pride of Niner Nation” Marching Band made its debut on September 12, 2015, at the first UNC Charlotte home football game last season. The 2015-16 band had 145 students representing 40 different majors and all colleges in the University. Dr. Jeffrey Miller is the director of athletic bands. The band’s second season begins on August 7 with a two-week band camp.