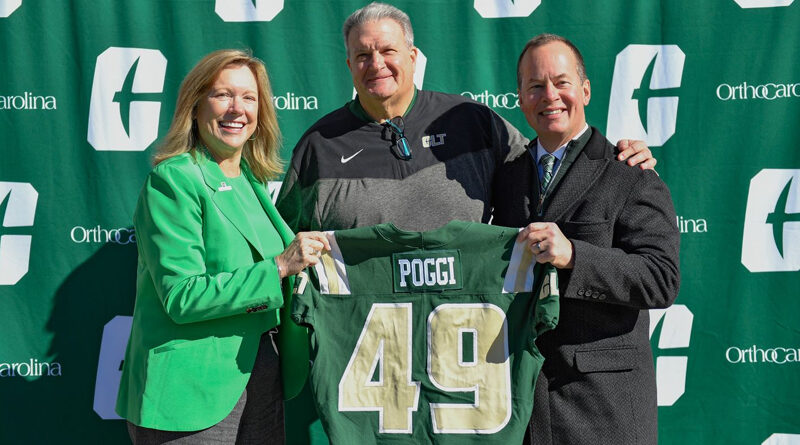 The Charlotte 49ers have named Francis “Biff” Poggi, associate head coach of the undefeated Michigan Wolverines, as the 49ers’ third head football coach. A key architect behind the Wolverines’ 2021 Big Ten Championship and berth in the College Football Playoffs, Poggi has helped Michigan to a 10-0 start and a spot among the nation’s top four ranked schools this season.

“We are extremely fortunate to welcome Biff Poggi as our head football coach,” said Director of Athletics Mike Hill. “He is a transformational leader and has a sterling reputation as a coach, having had phenomenal success at the highest levels of college and high school football. But he is much more than that. He has demonstrated it by pouring himself into young men and communities, and the results have been spectacular. We are thrilled to have Biff and his wife, Amy, join Niner Nation and the Charlotte community.”