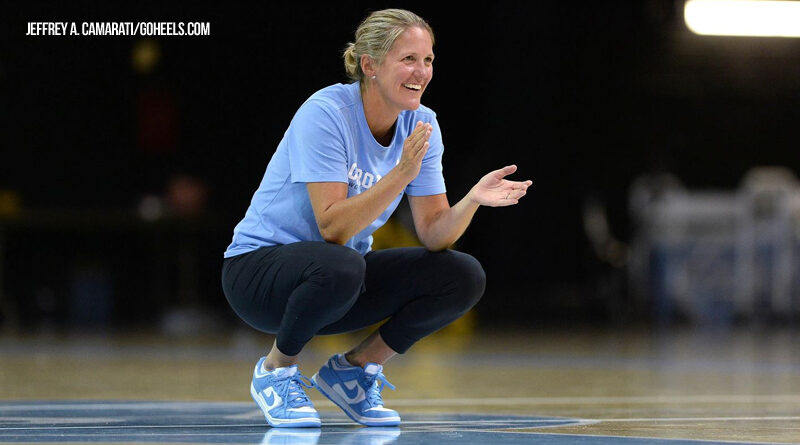 Not the first time UNC-Chapel Hill Women’s basketball coach, Courtney Banghart, has smack-talked the NC State basketball program. Last season, in January, the day before NC State defeated Coach Banghart’s Tar Heels, she referred to the Wolfpack’s Reynolds Coliseum as, “a small gym, so it doesn’t take a lot to sell it out.” Her comment riled the Wolfpack base.

Banghart administered her latest jab during “The Tar Heel Show” podcast when she was asked, between NC State and Duke, “Who do you enjoy beating more”? She replied, ““You’re asking me who I hate less,” Banghart said. “… I hate both of them probably more than I should because I don’t have the history that everybody else has. Duke is a national and international rivalry that I love. N.C. State fans are so classless, I just don’t even like going there.”

Coach Banghart considers Duke a love rivalry—NC State is so classless. A bit harsh but who can blame Coach Banghart for stoking the rivalries, albeit somewhat carelessly? Rivalry smack is an ingredient that makes college basketball compelling. After three seasons Coach Banghart has arguably turned the Tar Heel program around, and she’s coming off a season where she dominated Duke but was soundly spanked by NC State in both matchups—so being a little butt hurt is natural.

Nevertheless, Coach Banghart did the right thing, humbled herself, and publicly apologized to everyone involved: “While intending to keep the competitive energy fueled between two passionate fan bases, I took it too far. I carelessly used the word ‘classless’ in reference to the passionate fans of N.C. State and I deeply regret my word choice. It doesn’t accurately depict my feelings, for one, and there is no place for name-calling. That said, I want to publicly apologize, first and foremost, to the players and coaches who have worked tirelessly to be great at N.C. State. I also want to apologize to the Wolfpack fan base. I have the utmost respect for the uniqueness of the rivalries in our state as they help our game be great. Everyone involved in my program, N.C. State’s program and the communities at both schools deserve better. And you will get it from me moving forward.”

The mark of an authentic winner.